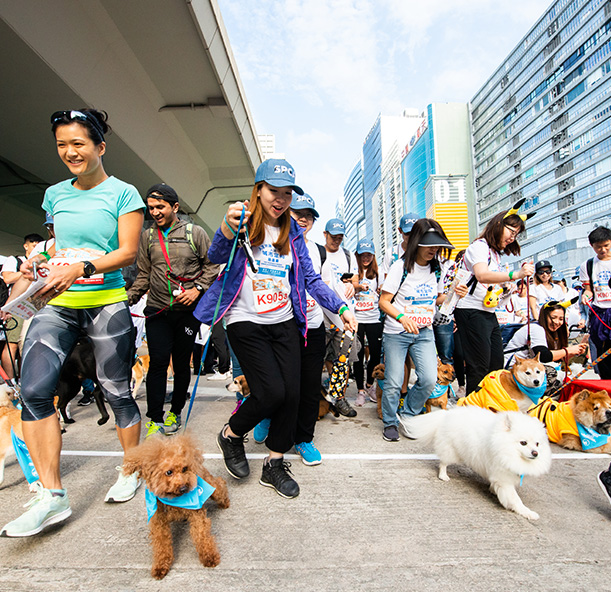 Rebecca organised the “Urban Orienteering Contest for Pooches & Friends” to promote a pet-inclusive community in 2018. Rebecca organised and participated in a campaign to stop dog poisoning when she was part of the PR team.

Nobody will doubt Rebecca’s affection for animals – she has lived with nine cats and three dogs throughout her life, which is one of the many reasons she joined the Society.

Rebecca first joined the public relations team in 2004 and then decided to focus on community development in 2015. She knew it would be meaningful to promote animal welfare through reaching out to the community. She has developed and launched many campaigns and programmes, as well as organised events to educate the community, especially students and people without any pets. In addition, she works closely with the Welfare Department and District Councils to advocate improvement for animal welfare; the “Inclusive Parks for Pets” in Hong Kong is one of her ‘pet projects’.

During her years with the Society, she’s had many unforgettable moments – one of them is, sadly, the tragedy of more than a hundred dogs left unattended in a shelter in Yuen Long in 2014. Some dog carcasses found at the scene were likely eaten by other dogs who were – quite literally - starving for a long time. Rebecca remembers still the shock when she heard about the news. It was truly upsetting to see the dogs survived were all skinny and living in a harsh environment.

However, it’s not all been heartbreak. She finds joy in the activities organised for the community, especially the carnivals for children, with their parents as participants. “Through participating in the carnivals, both children and their parents can learn how to be responsible pet owners, as well as develop empathy towards animals,” says Rebecca. She hopes people can understand animals better and accept them, in order to create a community in harmony with animals.