Dr. Cynthia joined the SPCA in 1979 as the first full time veterinary surgeon. 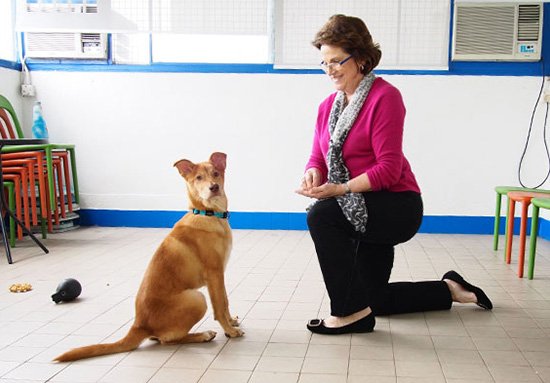 She then became a Veterinary Behaviourist in 2010.

Dr. Cynthia arrived in Hong Kong in 1977 and after a very short period in a small animal veterinary practice she joined the SPCA as their first full-time veterinary surgeon in 1979. At that time, the SPCA only had limited resources especially for clinical equipment and provided veterinary consultations free of charge. Working in the SPCA was not easy back in those days, since the demand for veterinary services was huge, as pet ownership became more popular. However, pet owners at that time didn’t really know how to take care of their pets. Dr. Cynthia once met a dog owner who fed only cream cakes to his dog and wondered why it was still underweight!

Dr. Cynthia was the Deputy Executive Director of the SPCA in 1996 to 2000, and was honoured to have the chance to see all different aspects of the Society’s work. She started to realise that behaviour problems were often the reason for people to surrender their pets. In 2000, when she and her family left Hong Kong, she took this opportunity to pursue a career in Veterinary Behaviour after getting her post graduate diploma in animal behaviour in the UK. She then returned to Hong Kong in 2010 and has been working as a part time consultant at the SPCA since then. Through improving the behaviour of pets, she believes that the bond and trust between humans and animals can be built, thus reducing the stress related to pets. Also, by resolving behaviour problems, she can help reduce the number of surrenders and improve the quality of life for animals and owners. She hopes to continue her association with the SPCA as a consultant offering behavioural advice to members as well as working with the animals in the adoption centres, so that more animals can be homed in the future.