Dr. Fiona contributed a lot of her knowledge on promoting Animal Welfare in the Mainland China 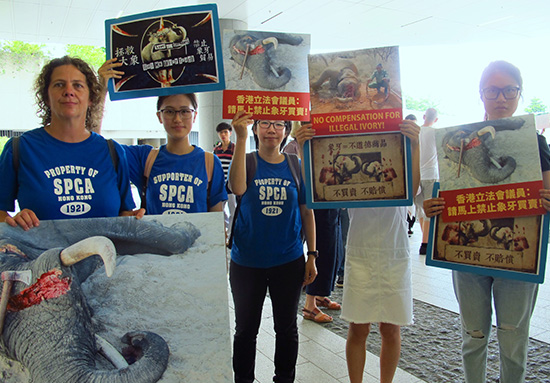 She has been working tirelessly on improving the welfare of animals, including ensuring all animals at the adoption centres are being taken well care of. She has been voicing for animal welfare over the years via various media platforms in Hong Kong and the region.

Developing frameworks on policy and lobbying might sound boring to most people, but not for Fiona. Working in the welfare department over the years has been fulfilling for her, especially witnessing the gradual change of the government’s policies regarding animal welfare. She remains positive about the amendment on the Prevention of Cruelty to Animals Ordinances (CAP. 169). Even though it has been taking a long time to make these changes, Fiona hopes that dramatic improvements will be made.

In addition to working in the welfare department, Fiona is actively involved in clinical work at the SPCA; treating and caring for animals who have been mistreated, injured or from prosecution cases, such as pet smuggling. Since 2000, she has been actively involved in managing the population of stray cats and dogs in Hong Kong through the Cat Colony Care Programme and Mongrel Desexing Programme, which has created a positive impact for animals, ensuring they are living longer and healthier lives.

During her 28 years with the Society, the most challenging part of Fiona’s job has been helping people to recognize the suffering of animals and help them develop empathy with their animals. She hopes to keep projecting animal friendliness within Hong Kong’s policies and educating the public to speak out for animal welfare.